skip to main | skip to sidebar

“Wouldn’t it be amazing if when you read this it was the same forwards as backwards? A palindrome.”

“What is the intellect?”

“Something which puts a roof over our heads.”

“How oh master,  are we solve the problems of this earthly realm?”
“Bigger earnings to sports stars. This will balance the scales of karma.”
Posted by Andrew at 12:50 No comments:

If you have nothing good to say don’t say anything at all. Artistically I mean, artistically good. If it’s not good don’t waste our time with it, in the public sphere at least. In the privacy of your own home of course you can do what you want - as long as it stays there. If there’s one thing this world is against, it’s mediocrity. It is a world obsessed with the Ideal, seeking perfection in all the spheres, particularly the artistic. It exalts genius above all else. None may dare come into the public arena unless possessed of it.
Posted by Andrew at 11:08 No comments:

“There was this planet in outer space, full of life, orbiting this star.”
“Don’t be ridiculous. No one will believe that.”

“Why is a mediocrity like Tom Hanks so famous?”
“Because he’s an amazing actor!”
“Oh right. I didn’t realise. And why is he so creepy?”
“What do you mean creepy?! He’s the perfect American.”
“I mean like why on his social media does he take all these photos of single items of lost children’s clothing and make weird cryptic creepy comments about them? Stuff no normal adult would do. What the  hell is that all about?”
“I didn’t know about any of that stuff. But anyway it must be all harmless fun. Cos like I said he’s the perfect American.”
“Yeah, you said that all right.”
Posted by Andrew at 22:21 No comments:

“It shames me how little I’ve gone down this road. If I had started out much earlier think how much farther along it I would be by now.”
“Don’t worry about it. Whenever you had started you would always be at the beginning.”
Posted by Andrew at 11:49 No comments:


I’ve probably generally avoided the news like the plague for a long time but anyway I thought this was a good piece.


To add this segment above with attorney Bradley Edwards, representing victims of Epstein, in December 2018 from which the given quote:

The only thing that I can say about President Trump is that he is the only person who, in 2009 when I served a lot of subpoenas on a lot of people, or at least gave notice to some pretty connected people, that I want to talk to them, is the only person who picked up the phone and said, let’s just talk.  I’ll give you as much time as you want.  I’ll tell you what you need to know, and was very helpful, in the information that he gave, and gave no indication whatsoever that he was involved in anything untoward whatsoever, but had good information. That checked out and that helped us and we didn’t have to take a deposition of him in 2009.


Interesting how under Trump it seems the extremely unlikely actuality has arisen that people like the very wealthy and very connected Epstein can actually come to justice? See also for instance the similar NXIVM sex-cult scandal. I doubt such powerful peoples ever felt much real sense of threat before since they and their ilk essentially owned the system. I certainly didn’t have some high notion of Trump before, but as far as I gave it any attention, from very early on the obvious endless media assault on him made me inclined to think much more positively about him given the obviously fraudulent nature of our mass-media taken as a whole, and the very dark nature of the power elites whose interests it represents.

All through my life it has seemed unlikely to the point of virtual impossibility that a very major political figure could not be one of their own so to speak, not be chosen by this very closed and poisonous circle, but very unlikely as it may have seemed, perhaps Trump is the first one genuinely to have slipped through the net in many, many years. And I know he hardly appeared any kind of knight in shining armour! Not that I’m going to get too carried away by all this.


Have another look. Can you find him?

“You know the way the Western mass media is a total propaganda machine owned by a tiny few companies and silent interests, and these people are scum of the earth.”
“Of course yeah.”
“And you know how these lowlifes absolutely loved your man Obama and helped foist him on the world as some divine messiah.”
“Yeah, that was one embarrassing charade.”
“You know when manipulative, false control-obsessed people are constantly trying to push me in a certain direction, I tend to wonder a little about the nature of that direction.”
Posted by Andrew at 13:42 No comments:

“What would you think of totalitarianism?”
“I wouldn’t be mad about it to be honest.”
“But what if they were saying there was a good reason for bringing it in.”
“I’d be in favour of it then of course. It would be brilliant.”
Posted by Andrew at 14:37 No comments:

Which comes first, the sin or the sinner? Though inseparable, it is truer to say the sin comes first and ”the sinner” is the inevitable echo of the fact at however subtle or obvious a level within the inner field of being.
Posted by Andrew at 13:55 No comments:

Reason and the Miraculous

The very nature of the miraculous is to be beyond the confines of reason - whether you believe in the miraculous or not. And so it makes so sense to dismiss the miraculous as not being reasonable.
Posted by Andrew at 13:42 No comments:


The Waterboys’ treatment of a poem by WB Yeats.
Posted by Andrew at 20:09 No comments:

There is nothing more cuddly than a grumpy German.
Posted by Andrew at 16:35 No comments:

Is this a question?
Posted by Andrew at 21:43 No comments:

Journal your thoughts, someone said, everyday. But what if I don't have any thoughts, and anyway who has thoughts everyday? Well yes, all of us do, endlessly more or less, but those kind of thoughts are hardly worth keeping track of, transcribing. Most of them are only fit for the rubbish heap.
But couldn't they be recycled? Recycled? Why would we want to recycle rubbish? They were bad enough the first time around.
Posted by Andrew at 11:12 No comments: 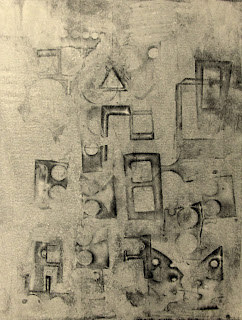 There was a drop of water and it was very proud of itself, but then came the heat and it evaporated.
Posted by Andrew at 11:25 No comments:

"Will there be television in heaven?"
"I suppose so. Sure what else would we do all day?"
"How about mobile phones? Will they be there too?"
"There'll be no need. All the information will be instantly hard-wired into our brains."
"That sounds amazing."
"It'll be amazing all right."
Posted by Andrew at 09:45 No comments:

Open Up the Gates

In a rather surprisingly slow to ensue but surely inevitable development and corollary to the use of the term 'African-American', 'white' Americans are henceforth to be known as 'European-Americans', arising ethnically as of course they do from Europe. Besides of course various other denominations, as it were, it is of note to remind the reader that a 'Native American' is from now to described as an 'American-American.'

Does man,woman have free will - or to put it another way, is man free?

Only an unfree person would ask the question, so no, the person wondering if he is free is clearly not free.
Posted by Andrew at 09:21 No comments:

I should write this down.
Posted by Andrew at 11:15 No comments:

"You know that thing, 'Two Gentlemen of Verona'?'"
"That was written by your man wasn't it?"
"It was yeah."
"He wrote some very good stuff in fairness."
"He did all right. But he wrote some awful rubbish as well."
"He did I suppose."

Half Light of Dawn - Abul Mogard